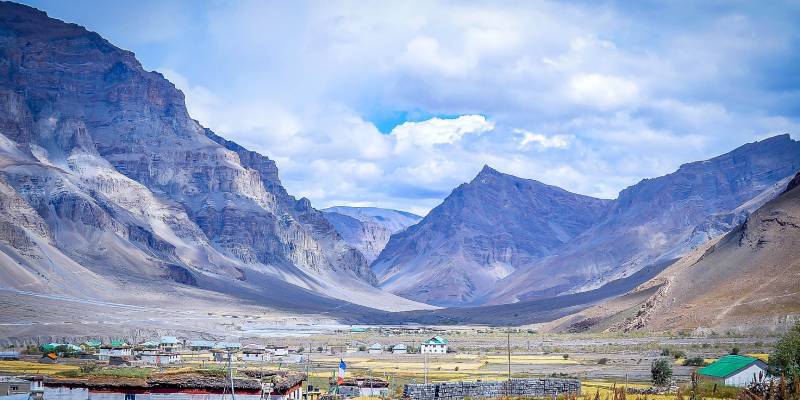 Himachal Pradesh is called Dev Bhoomi. There are so many places in this Devbhoomi for tourists to see. Everything can be done here till you climb the mountains with spending time leisurely. Ten places of Himachal have been included in this article. You can include these places when visiting Himachal Pradesh.

Manali is the most popular hill station in Himachal Pradesh. People come to see the snow-capped mountains, cedar trees and fruit orchards here. In summer there is relief from the heat of the plains, then in winter, snowfall can be enjoyed here. Manali also has mythological significance. It is believed that Manali got its name from the sage Manu. The Hidamba Devi temple is very much recognized here. Manali is also a favorite place for those who like adventurous sports. Manali is about 530 km from Delhi.

Himachal is called Devbhoomi. Kullu, situated at an altitude of 1230 meters above sea level, is considered as the Valley of the Gods. There are many ancient temples in Kullu. This temple is a splendid example of the hill architecture of Himachal. Dussehra of Kullu is world famous. People come from all over the world to see it. This valley made of river Beas is very beautiful. The Beas river's clear water, fruit orchards and dense forest make this valley unique. There are also many routes for trekking from here. Kullu is 280 km from Chandigarh.

The historical town of Kullu valley is Naggar. It was the ancient capital of Kullu. The magnificent fort here reminds us of the grandeur of that era. The fort of Naggar is a fine example of the Kathkodi Vastukaal in Himachal. Naggar was famous in modern times as the home of the Russian painter Nicholas Roerich. Nicholas stayed here for a long time. The house has now been converted into a museum. His house, things and pictures related to him can still be seen in his house in Naggar. The natural beauty of Naggar is also amazing. Naggar town is 21 km from Manali.

One of the most famous passes in India is the Rohtang Pass. This pass, 3979 meters above sea level, is covered with snow throughout the year. The beautiful view of the snow-capped mountains is visible from here. This pass is on the way from Manali to Leh. The weather is such that it opens the way for barely five months in a year. Every tourist visiting Manali definitely wants to come here. In view of this environmental problem, the number of trains coming here is also banned. This pass is 50 km from Manali.

The small town Kasol is situated in the Parvati valley of Himachal. This town situated on the banks of river Parvati is very popular among foreign tourists. The picturesque views of nature are seen in Kasol. The white sand bank of the Parvati River makes it even more special. It attracts a lot of Israeli tourists. Hence it is also known as Mini Israel. It can be enjoyed to eat great Israelis. Many places like Kheerganga and Malana can be enjoyed from the river Trek can also be done for. Kasol is about 40 km from Kullu.

Dalhousie is a beautiful city of Himachal Pradesh, situated amidst the hills of Dhauladhar. This hill station built during the British was built on five hills. Nestled at an elevation of 2036 meters, Dalhousie retains the natural beauty of colonial times with heritage. Churches and buildings built during the British era can be seen here. Nearly 150 years old St. John is the oldest church here. The trees of pine, cedar and burans enhance Dalhousie beauty even further. The city is 80 km from Pathankot.

If you want to fly like birds in the sky, then go to Himachal's Beed Billing. Bead Billing is gaining worldwide recognition in the sport of paragliding. After flying from the peak of Billing, the paragliders descend into the beautiful green fields of Beed. Here, the paragliders tie rainbows like colors hovering in the sky. There is also a colony of Tibetan refugees where Buddhists can see the culture. There is a lot of fun to roam between the tea plantations in Beed Billig. The Gunhead village here is famous for its art fair.