A Guide to Kherganga Trek in Himachal Pradesh 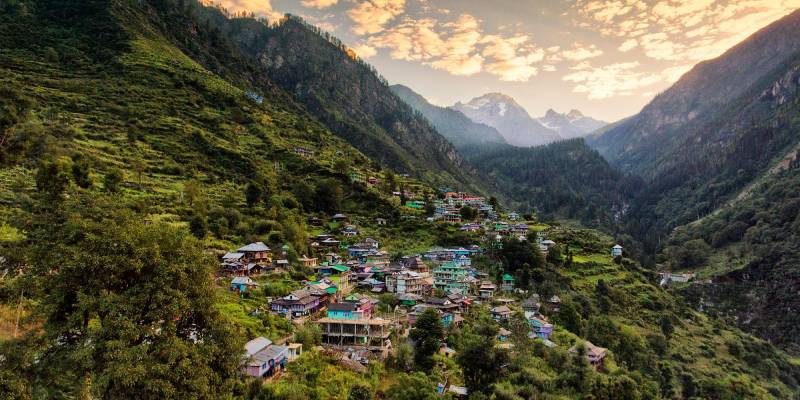 Kheerganga Trek is one of the most beautiful treks in Himachal. During this trek, you will get to see huge mountains all around, hot water pools and fresh climate from nature will fascinate you. This trek is located in the Parvati valley. To go here, first you have to cross the 10 km trek of Kasol, then you will be able to enjoy the Kheerganga trek.

Let us tell you further in this article which is the best time to visit Kheerganga, convenient routes and accommodation options etc.

Although the Parvati Valley looks extremely beautiful throughout the year, the best time to trek Kheerganga is between October and June. April, May are also good months for trekking. The average temperature in these months ranges from 15 degree to 25 degree Celsius. The trek becomes extremely slippery and risky during the rains, so people are not advised to go trekking during monsoons.

After Kasol the trek starts from Barshaini. To reach Kasol, first you have to cross Bhuntar.

To go to Bhuntar:

You can divide the journey to the beginning of the trek into two parts. The first of which will take you to Bhuntar. There is an airport in Bhuntar, Bhuntar is easily accessible by air, but if traveling by car or bus then it takes 14 hours to reach Bhuntar from Delhi.

In the second phase you will reach Barshaini from Bhuntar. You can take a bus ride to reach Barshaini. Although during this time you may face some trouble due to bumpy roads, believe me it will be equally fun. Apart from this, you can take the help of taxi. On the way to Barshaini, you can also stop to see the beauty of Kasol. Base camps are also present in some of the treks of Kasol.

There are two options to go for Kheerganga trek from Barshaini; You can either go to Tosh and Nakthan village or via Kalga village route.

This route is considered to be the most popular route to Kheerganga. Most of the people go to Kheerganga by this route. While going on this route, you will find the Parvati river, as well as beautiful green valleys and huge mountains. It may take you around 3 to 4 hours on this trek.

This trek is considered difficult as compared to other treks, so we recommend you to take a guide with you whenever you go through this trek. You will cross this path through dense forests. This route is mostly adopted by people with low stamina.

The route will also take you through the villages of Kalga and Pulga, where you can stay for a while and take beautiful pictures. With a proper pace, you can complete this route in 4 to 5. If you like to trek slowly, then your route will be completed in 5 to 6 hours.

Another way to reach Kheerganga is through Tosh village. Tosh is a small village situated in the middle of the Kheerganga trek where you can relax during the night time. Here you will get the facility of home stay, whose rent is only up to 200 or 300 rupees.

Like most places in Himachal, Kheerganga also has a variety of cuisines and cafes to please the travelers. You will get to see the prices of food from low to high. The cuisines easily found at this place include Chinese, Israeli, Indian and local Himachali food.

These small dhabas and cafes are mostly seen selling hot beverages like tea, coffee and others. Hot-hot tea in hand and the view of nature, as if the proverb of 'succulent on gold' comes true.

Room rent per night in lodges and cottages is around ₹500. However, in the ashram of Kheerganga, you can also rent a shared room for as low as Rs. Apart from this, you can also set up your own tent for Rs 150.

This means that the Kheerganga trek will cost you only Rs 4000 to 5000 out of your pocket. So why not have a fun trip at low cost, so whenever you get a chance, definitely include Kheerganga trek in your travel list.