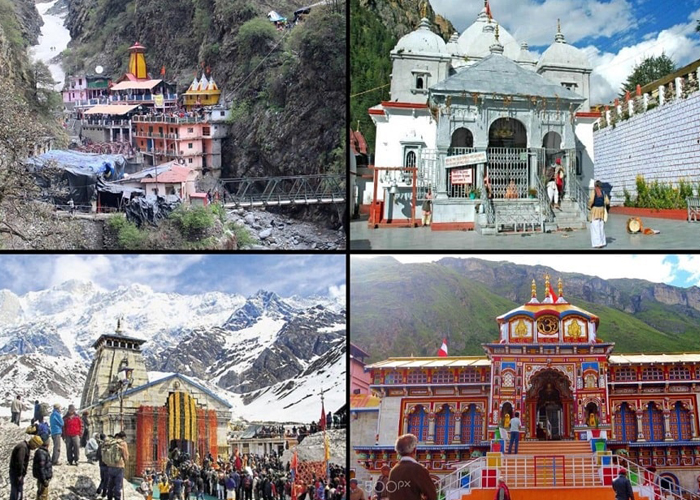 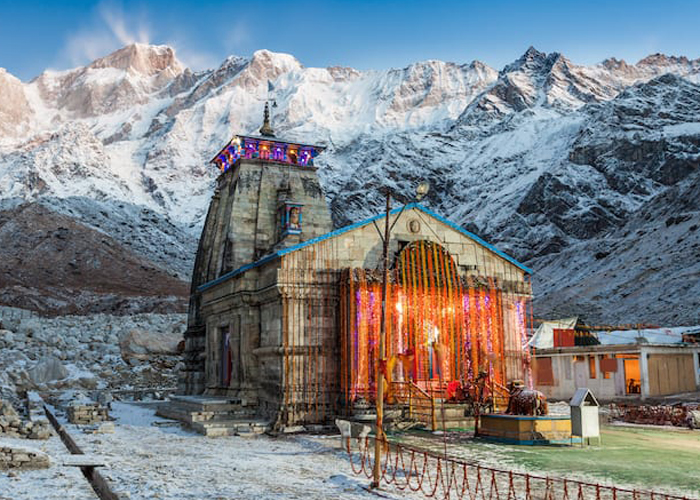 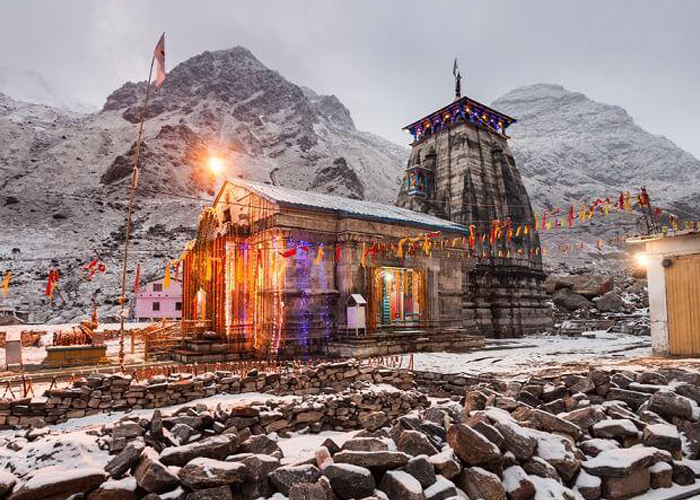 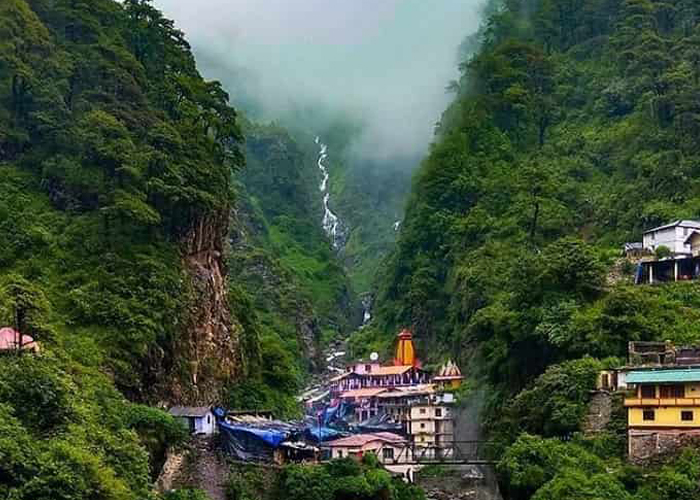 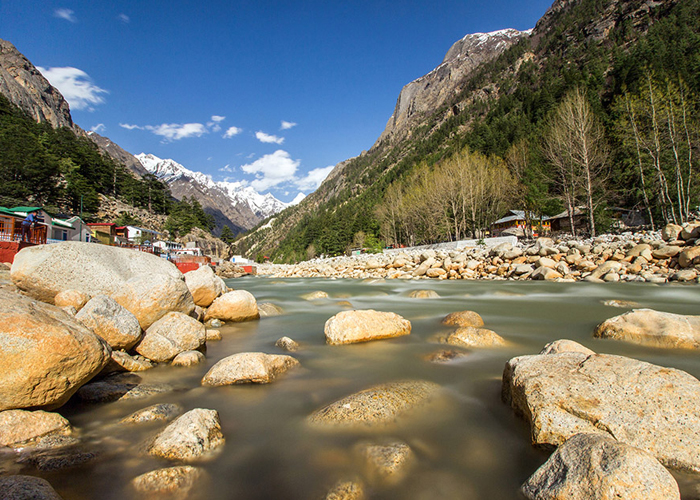 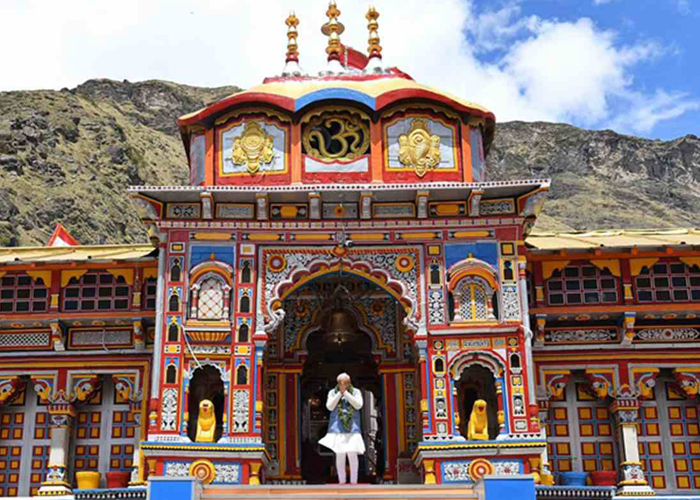 Char Dham is also known as Chota Char Dham, is a place of four pilgrimage sites in India. Char Dham Yatra is the most famous pilgrim in India for Hindus, which is a holy way to attain salvation (Moksha) for humans according to ancient Puranas. It is believed that if a devotee visits these four sites once in a lifetime, his life becomes successful and dies peacefully.

These four Dhams are places of worship of Lord Shiva and Lord Vishnu and are associated with the ancient culture and tradition of the country.

It is believed that if you want to visit all the four Dhams in one journey, then you should go to Yamunotri, then Gangotri, then to Kedarnath, and finally to Badrinath.

Yamunotri shrine attracts pilgrims and tourists because of its religious importance as well as the scenic beauty. Here, you take a birds-eye view of snow-capped high mountain peaks, the lush green forests of cedar and pine, the fog spreading between them, the sunlight shining on the icy mountains, the Yamuna flowing with the sound of winds.

The cool stream of the river fascinates the mind. Slogans written everywhere for winding paths, landslides, safe travel, and protecting forests make people on the trip realize their responsibility.

The glaciers and hot springs located at Yamunotri are the centers of attraction for all tourists. There is a divine rock in the temple. The divine rock is worshiped along with the darshan and worship of the mother the Yamuna. A thin stream of water flows from the cave gate near this rock, this is the origin of the Yamuna.

Gangotri’s name was introduced due to the origin of the Ganga river at this place. The Ganges is the principal river of India, which flows out of the mountains of the Himalayas and flows eastward and joins the Bay of Bengal.

On the way from Uttarkashi to Gangotri, waterfalls, cedars, and dense trees of pine flow from place to place, making the tourists happy and joyful.

On the first day of your char dham yatra, you will be picked up from Haridwar Railway Station by The Crazy Mountaineers, we will then drive to Barkot via the queen of hills - Mussooriee. On our way we'll be stopping at the Kempty fall at Mussoorie. Once we reach Barkot we will check in to camp/hotel and you will be free to explore the area or rest yourself for the Yamnotri Yatra tomorrow.

Day 2: Barkot to Yamunotri & Back to Barkot

After having breakfast we will depart for Hanumanchatti which is 40km from Barkot & then another 5 Km will take us to Janki Chatti from where we will start our trek to Yamunotri. The 6 Km long trek passes through a beautiful valley with a wide variety of fauna that includes conifers, rhododendrons, cacti and other plants that grow wild in this region of the Himalayas. If you don’t want to walk, you can hire a doli or a horse, the cost of which is not included in the package. After darshan at the Yamunotri temple, we will drive back to Barkot back to the hotel to rest for the night.

We will check out of our Barkot hotel in the morning after breakfast and drive to Uttarkashi. The entire route is filled with beautiful and picturesque views of the himalayan valley. Uttarkashi is located on the banks of the Bhagirathi river. On arrival, we will check in the hotel and you can check out the area around which is famous for its temples, ashrams and historical monuments. Overnight stay & dinner will be at our hotel in Uttarkashi.

Day 4: Uttarkashi to Gangotri & Back to Uttarkashi

Today is a long day & after having an early breakfast we will leave for Gangotri which is located in the beautiful Garhwal Himalayan region at an altitude of 3050m. Once we reach Gangotri, you can take a dip in the Holy Ganges which is called Bhagirathi at its point of origin. After that visit the Gangotri Temple, which is a 18th century temple dedicated to Goddess Ganga and is located near the sacred stone where the King Bhagirathi worshipped Lord Shiva. It is believed that Ganga first touched earth on this point. The temple is a 20 feet high magnificent structure made out of white granite. After pooja we will drive back to Uttarkashi where we will stop for the night.

After breakfast, we check out from the hotel and drive to Guptkashi. The 270 Km drive will take about 9 hours. Once at Guptkashi we will be checking in to the hotel and go for a medical checkup for next day’s trip to the Kedarnath Temple. Dinner and overnight stay will be at Guptkashi.

We will be waking up early and have our breakfast, after which we will drive to Gaurikund. Mandakini, which is one of the main tributaries of the river Ganga originates at this point. From Gaurikund, begins the 17 Km trek to Kedarnath. You can hire a doli or a horse if you don’t want to walk. The cost of horse/doli is not included in the package. The view as you inch closer to Kedarnath is mesmerizing with tall peaks that reach to touch the sky, the mist that continuously makes the peaks appear and disappear. Upon arrival at Kedarnath, stay/dinner will be at Govt. lodges/camps.

Wake up before dawn early in the morning and take a bath and get ready for “Abhishek” to Shiva at the Kedarnath temple. You need to be at the temple before 4:45 am. After puja we will head back to the Govt camps/loge and prepare for the hike back to Gaurikund. Upon arrival at Gaurikund, the vehicle waiting for you will take you back to the hotel at Guptkashi for overnight stay and dinner.

At 8:00 am after having breakfast, you will check out from the hotel and drive to Badrinath via Joshimath. The distance between Guptkashi & Badrinath is about 197 Km and takes 7 hours time. On arrival after checking in to the hotel you can choose to rest or go to the Badrinath Temple for darshan in evening. You will have to take a bath in the hot spring known as “Tapta Kund”. The temple is a 15m high structure dedicated to Lord Vishnu. Overnight stay and dinner at a hotel in Badrinath.

Early morning we will go to Badrinath Temple darshan after which we return back to the hotel and have breakfast. After a brief sightseeing at Badrinath visiting Ganesh Gufa, Vyas Gufa, Mata Murti temple we will drive to Pipalkoti in the afternoon. Pipalkoti is at a distance of 76 Km from Badrinath and will take 3 hours to reach there. You can explore the town, stay and dinner at Pipalkoti.

Today marks the last day of your Char Dham Yatra Package & early morning after breakfast we will leave for Haridwar. It will take anywhere from 8 to 10 hours to reach depending on the route (NH 7 or NH 7 & NH543). You will be dropped off at the Haridwar Railway Station.

Note : Normally THE CRAZY MOUNTAINEERS expect to carry your personal luggage on your own, if you wish to offload your backpack, you can give it to Mule.

INR 1500/- if you inform us after reaching Guptkashi

The backpack cannot weigh more than 11 kgs. The backpack should have a waterproof cover. Suitcases/strollers/ bags will not be allowed.

Cancellations prior to 24 days from the start of the trek

Book any other trek till one year or get 95% refund (Note: If the trek charges are more, the balance needs to be paid by the trekker)

Choose to go for the same trek, with any other batch, till year or get 70% refund

Choose to go on the same trek, in the same season, with any other batch or get 50% refund.

Cancellation less than 10 days to the start of the trek

Transfer your trek (same trek, same batch) to your friend. No cash refund. 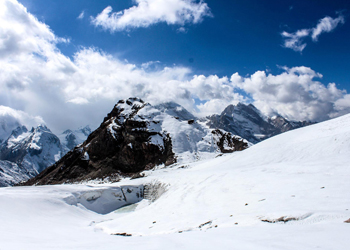 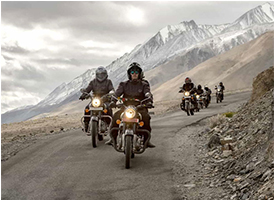